To Spray Tan or Not: That is the BIG Question


No joke – as I have posted before – growing up Jersey, my BFF Dina and I would tan out in front of her house. We would slather on baby oil and wrap tin foil around a piece of cardboard which we would hold up to our faces. I would be so burnt that I was ill.


Lucky or unlucky me, the East Coast sun is only strong for a few months each year.  In those instances, I could be found working extremely hard trying to keep my fair skin berry brown by visiting the tanning salon á la Jersey Shore; however, I was not as nearly as bad as that "Tanning Mom from NJ."


It is no surprise that I kept up the practice of tanning in a salon upon moving to Southern California where it is warm and sunny almost 360 days of the year.  At the time, my hubby played professional volleyball so I was at the beach almost every weekend.  Working full-time during the week didn’t afford me the opportunity to keep up with my tanning, so Cop-A-Tan was my Antichrist.


I’m not exactly sure when things changed for me.  It may have been when the dermatologist (shameless plug for my dream derma, Dr. Moy in Manhattan Beach, CA) started cutting dangerous looking and even two pre-cancerous moles from my body.  (One of which was specifically on my butt and, according to Moy, courtesy of a tanning bed – hence the butt placement.)


Once I realized that one was a pre-C – basal cell carcinoma – which Thank God has not tested positive again, I was finally done with tanning beds and I don’t think I have “really” been tan since.


For years I tried self-tanner, but I wasn’t very good at applying it and orange wasn’t necessarily a good color for me.  I was ecstatic when someone told me that I could spray tan… at a salon none-the-less.


The first time I tried it, I was going to Cabo San Lucas, Mexico for my besty Tracy’s bachelorette party.  (I think she may have even been the one to steer me in the Mystic Tan direction.)


Back in the olden days, spray tans weren’t as forgiving as they are now and I remember being mortified the night before my departure as I looked down upon my streaky feet.  I tried scrubbing them vigorously but to no avail; I spent most of the weekend trying to hide my feet in the sand and, if that didn’t work, drinking myself silly to forget about my sunless slip-up.


According to Wikipedia, sunless tanning – also known as UV-free tanning, self-tanning and even fake tanning – refers to the application of chemicals to the skin to effect similar in appearance to a suntan.


For more than 10 years, spray tans have been my go to instant tan for vacations and any big weekend at home on the beach when I need to actually put on a bikini.


My husband’s favorite joke has always been that I end up coming home from a vacation whiter than when I left because my spray tan fades.  But I didn’t care, I was happy to have a little color to hide some of those flaws that I have acquired over the years without exposing myself to the dangers of the sun or even tanning beds.  However, based on a new report, I may have been mistaken.


ccording to a report, written by Mark Greenblatt and Gitika Ahuja, for Good Morning America, the active chemical used in spray tans, dihydroxyacetone (DHA), has the potential to cause genetic alterations and DNA damage, according to a panel of medical experts who reviewed 10 of the most-current publicly available scientific studies on DHA for ABC News, including a federal report ABC News obtained through the Freedom of Information Act.


“Six medical experts in areas ranging across the fields of dermatology, toxicology and pulmonary medicine said they ‘have concerns’ after reviewing the literature and reports about DHA, which conventionally has been referred to as the ‘safe’ alternative to tanning under ultraviolet lights,” the report also stated.


In addition, the report states that the FDA originally approved DHA for “external” use back in 1977, when it was popular in tanning lotions.  Those lotions, previously famous for turning skin orange, were never as popular as current products that produce better tans.  In recent years, the use of DHA has exploded in the newer “spray” application of the products, which provides a more even tan for consumers.


According the GMA article, the FDA told ABC News it never could have envisioned the chemical’s use in spray tan back in 1970s, and says “DHA should not be inhaled or ingested” today.


According to the FDA’s website, “The use of DHA in ‘tanning’ booths as an all-over spray has not been approved by the FDA, since safety data to support this use has not been submitted to the agency for review and evaluation.'"


“When using DHA-containing products as an all-over spray or mist in a commercial spray ‘tanning' booth, it may be difficult to avoid exposure in a manner for which DHA is not approved, including the area of the eyes, lips, or mucous membrane, or even internally."


Well, for anyone who has ever been in a spray tanning booth, this is virtually impossible, so I am really considering banning my 3 to 5 spray tans that I do each year all together. Although, having your spray tan applied by an anesthetician may be a safer option; however, I couldn’t find any supporting information on this alternate.


Also, there are always two sides to every story; yet for this one, the rebuttal from the tanning industry was quite weak and an undercover investigation revealed that most salons are not posting signs letting clients know about the hazards associated with DHA.  I know that my local salon doesn't because, until I read this report, I really wasn't aware of the potential dangers.


The Mayo Clinic reports on its website: “The risks, if any, of inhaling or ingesting DHA are unknown — so close your eyes and hold your breath while the tanner is applied. You may also want to request or bring along protective devices, such as goggles or nose plugs.”

To go a step further, the FDA recommends the following guidelines when using spray tanning salons:


I have always felt that a little sun – real or faux – provided me with a healthy glow; and not to mention that a little color on the bod goes a long way to help camouflage my flaws.   But, I have to honestly say that I am still on the fence and will definitely implement the aforementioned guidelines if I find myself back in the booth.


This is one issue that I am going to have to research in more detail before I decide to live life as a vampire and go sunless forever.

To read the article about the report and make your own decisions, visit http://news.yahoo.com/spray-tans-safe-experts-raise-questions-industry-puts-190727621--abc-news-health.html

Posted by All Things Fashionating at 6:59 AM 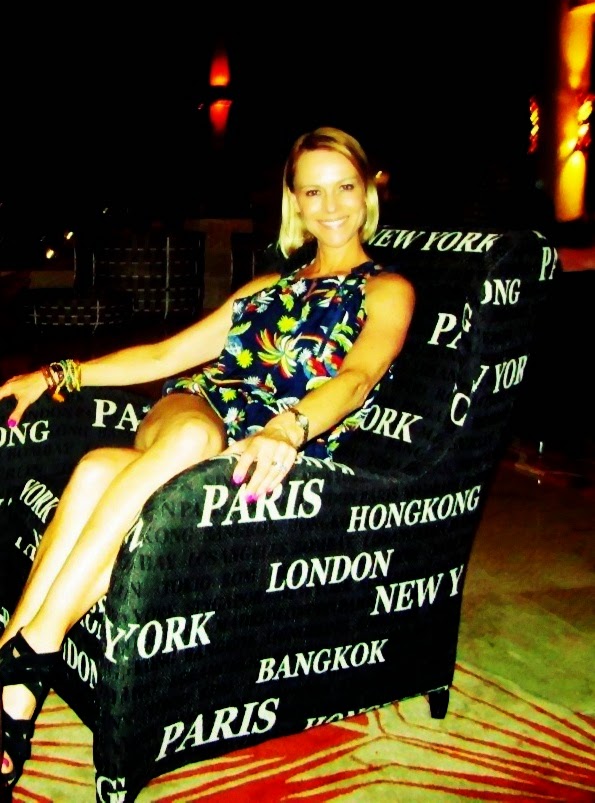 All Things Fashionating
Los Angeles, CA, United States
I am the creator of All Things Fashionating, a personal and lifestyle blog where this Jersey Girl turned Angeleno posts about my real life stories, notions of fashion and style, views on family, obsession with health and exercise, journey into spirituality, among other topics I find fashionating.